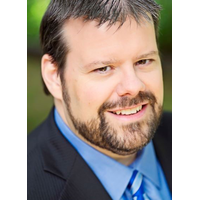 Born and raised in Kingston, Ontario, Hutcheon moved to Prince George in May 2014. After relocating to Prince George, Matt became the Director, Northern BC for Conterra Advisory Services, providing financial management services to businesses and First Nations in B.C..

His previous experience includes being CEO of the Kingston Chamber of Commerce, where he built strong working relationships with Chamber partners, community leaders, and politicians and bureaucrats at all levels of government.

“I am thrilled to be able to take on this role with Innovation Central” said Hutcheon.  “Working with it’s clients and partners over the past number of months has left me inspired to assist the many innovators and creators we have in the region to implement and commercialize their ideas.  They will play an important part in diversifying and growing the economy in northern BC.”

A graduate of Queen’s University’s Bachelor of Commerce program, Matt owned and operated Vista Enterprises for eighteen years, a bookkeeping and financial consultancy that assisted clients with implementing and utilizing financial-based decision-making tools and metrics, often advising on strategy and operations in interpreting the results with the business owners.  He worked with a number of the companies formed to commercialize innovations from Queen’s University, including biomedical, software development and pharmaceutical companies.

Hutcheon will officially assume his new role on April 4, 2016.

The mandate of ICS is to support startup ventures and develop entrepreneurs to accelerate technology commercialization by delivering target programs as well as connecting to networks, advisors & resources.  Innovation Central Society is also the organization building the Hubspace in downtown Prince George - a destination where people and ideas come together to start, build and grow sustainable businesses.